The Côtes du Marmandais appellation has a very distinctive feature: it is cut in two by the Garonne River, with its vineyards stretching out along the hillsides above the left and right banks. The bottom of the valley is a zone without vines separating the two winegrowing areas. For decades, the history of the two sides of  the valley was written separately.

On the right bank, close to the town of Marmande, the winegrowers naturally had close links with the town and its history, choosing its cloister as their emblem to be featured on their Cuvées.

On the left bank, the growers organised themselves around the winery in Cocumont and its now-legendary Romanesque church. Cocumont – a strange name and a strange story explained briefly in the following lines.

Some wise Benedictine monks on their way from Conques stopped here on hearing the call of a cuckoo. Whether the sign was of divine origin or brought on by wine, nobody knows, but they decided to build a church on this spot and plant vines. The place was named Coculo Monté : Cuckoo’s Mount! History or legend? One thing is sure; the 11th-century church is still there today!

This little chapel was to become the signature of the growers of the Cocumont Winery, featured systematically on bottles, capsules and labels.

It was to be many, many years before the winegrowers decided to join the forces of Beaupuy and Cocumont in an almost-unanimous vote to merge the two wineries,   giving 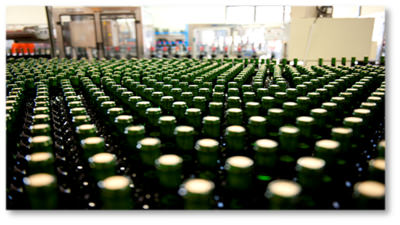 The river Garonne forms the backbone of our region. History has built up around it and it is on the river that resources have flowed into our region. It is thanks to the river that farm crops have constantly diversified. Around this river, and the lateral canal of the Garonne, between Guyenne and Gascony, our region offers you all the ingredients for an unforgettable holiday.

In these landscapes very much like those of Tuscany, to which Stendhal liked to compare them, you can admire an authentic, pleasant countryside with old buildings steeped in history. In a fertile and gentle land, a region of valleys and plains where a multitude of pleasures are to be enjoyed, “Cave du Marmandais“ and the Val de Garonne country invites you to taste the flavour of its fruit and the gentleness of its climate.

The Wine: A Harmony for the Taste Buds in Red, White and Rosé.

The red wines boast a lovely crimson colour. Their red fruit aromas evolve after a year of ageing into a spicy, fine, delicate bouquet.

On the palate, these are full-bodied, well-balanced wines, rounded and fleshy, wines of great harmony in which the elegance and distinction of the tannins are characteristic of the appellation.

The rosés are brilliant, fresh and light. Their raspberry and boiled sweet flavours combine with good balance to make these very pleasant wines that are much appreciated. The white wines are rounded and lively, light and long-lasting all at the same time. Their exotic fruit and spring blossom fragrances lead perfectly into a clean, nicely-balanced impression on the palate.